It took me many years to secure my time to write down a blog. Recently, one of my friends asked me to help him resolve an IPsec issue with Fortigate Device. In fact, I do not have much experience with this so I reluctant to help. I just want to list down all knowledge I learned when investigating this issue.

In general, IP security is one of the complicated protocol suites and went through many updated version. What I focused on is that site-to-site IPsec VPN. In this mode, ESP tunneling is selected so that I will focus on these standards:

In general, the site to site IPsec VPN require these protocol

The following picture described how normal IP packets are encoded to IPsec packets.

This assumed that UDP encapsulation (RFC3948) is used so that we have UDP Header field between New IP Hdr and ESP Hdr. This is applied whenever any sites of IPsec tunnel connection is behind the NAT which is mostly the case. If it is not the case, UDP Hdr is stripped off.

SOME NOTES ABOUT SA

ISAKMP is a protocol to allow IPsec peers to exchange and negotiate the security parameters. ISAKMP is split into two phases: phase 1 and phase 2. At phase 1, two ISAKMP peers establish a secure, authenticated channel to communicate which is called ISAKMP SA. At phase 2, IPsec SA is negotiated and established.

Here is the format of ISAKMP frame. The header has the following format: 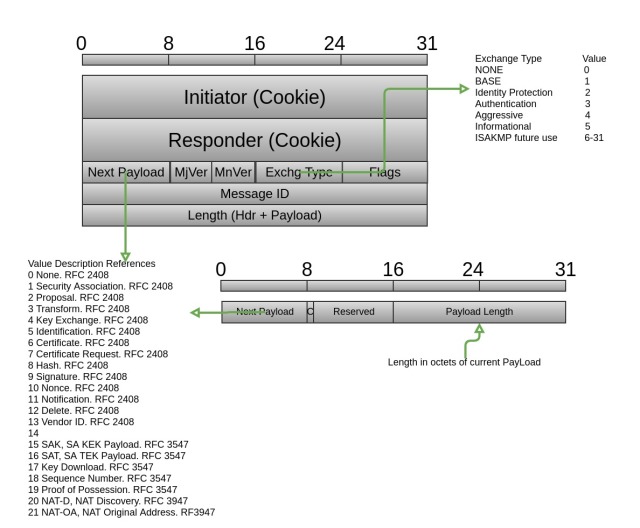 Each payload is composed as follows 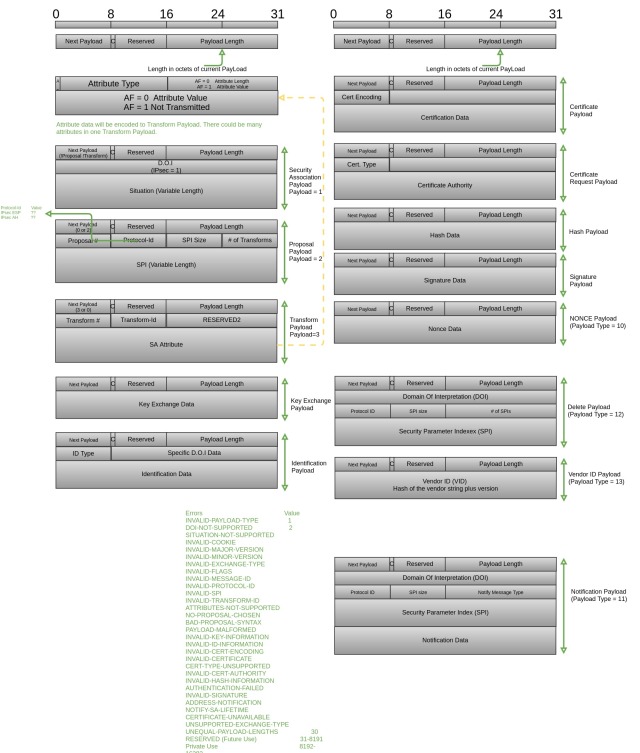 Both IKE packets and IPsec packets use ESP protocol to encode the data. The difference is that IKE packets have ESP marker equal to 00 00 00 00.

The private implementation is as following

The following diagram depicts some small parts of Strongswan. 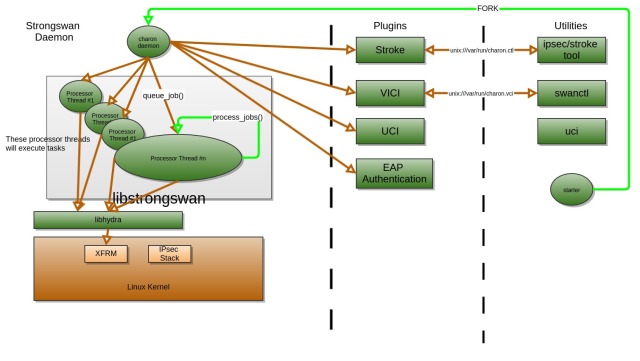 TODO1: How the egress packets are processed

TODO2: How the ingress packets are processed

Like Loading...
This entry was posted in Uncategorized and tagged IPsec Strongswan IP security. Bookmark the permalink.

This site uses Akismet to reduce spam. Learn how your comment data is processed.